In this week’s episode, Kelley and Julia discuss their top two movies that could be their biopics, also delving into the darkness of mental health when untreated in relation to childhood trauma.

Arts and Entertainment can have a profound effect on Mental Health. For instance, movies provide: an escape and relief from reality, a better understanding of the world, and an increase in imagination. While it is nice to have an escape from reality it is equally refreshing to find a representation that one can relate to. This type of representation in movies helps by applying imagery to your own reality with clarity.

For this week’s episode, Kelley and Julia select two movies each that they believe closest resemble their childhood experiences. They then discuss the uncanny and haunting parallels.

Movie/Documentary, “The Wolfpack”, is a film about homeschooled siblings, the Angulos,  who are locked inside their Manhattan apartment and held hostage from the outside world by their father. They found the escape they needed from their reality through watching and re-enacting their favorite movies.

Kelley has specific memories of her and her siblings using the same coping mechanism as the Angulo siblings; reenacting movies to escape from reality. She remembers reenacting the classics, “The Sword and the Rose” and “Seven Brides for Seven Brothers.”   She would make costumes and go as far as make hoop skirts out of wire hangers. As with the Angulo family, Kelley and her siblings found that watching movies provided an escape from a harsh reality.

Similar to Kelley’s homeschooling experience, it did not seem as though the Angulos had a real school structure. The documentary sheds light on the fact that this lack of structure and schooling happens under the radar and more often than not. As a result of her similar experience, Kelley has a blog dedicated to evaluating homeschooling from an analytical perspective.

In the documentary, the siblings were allowed to watch a wide range of films with no oversight whereas Kelley’s parents were strict and did not allow the kids to watch movies or programs until they had been screened and deemed appropriate.

While the Angulo mother and children were hidden from the outside world, Kelley and her siblings were fortunate to have been allowed leave the home, even if those outside experiences included excessive parental oversight.

It is evident that isolation has an effect on socialization and is the reason the bonds between the Angulo siblings were so strong. Play acting was a way for them to pass the time and bond with each other. This coping technique was their attempt at controlling their environment through a pretend reality.

The Babadook is about a single mother, distraught over her husband’s death, with a son who begins to fear a monster that is in the house. She soon discovers the Babadook for herself and can’t escape it.

Kelley found herself emotionally drained at the end because she realized the mom in the movie was her mom. The mom allowed the idea of the Babadook to manifest. The Babadook represents the mental illness manifesting in hers and her son’s life. You can’t get rid of the Babadook.

Similar to the mom’s manipulation tactics in the movie, Kelley’s mom would manipulate the kids by inciting fear through discipline. The Avery kids would be lined up in the hallway for spankings, hearing the terror going on in the next room while waiting on their turn. In addition, they would be belted into chairs or forced to stand in a corner for days on end, only allowed to leave with permission for the bathroom.

Kelley’s mom was just as good at creating fear. She would allow the kids to read adult, Frank Peretti books about demons fighting souls that proved to be terrifying for the kids. Even with companionship with other siblings, they were always fearful to sleep. Feared what was under the bed, closets, in the shower, cabinet, any hiding space. She was methodical about feeding fear.

The most obvious difference is that the concept of a Babadook monster was not fed into the Avery kids minds. Instead it was fear and stories of Satan and his demons who were constantly battling for their souls.

Based upon Kelley’s personal interpretation of the film, the mom resented her son for her husband’s death and made up the Babadook to punish and prey on him. The fear that she created in the son with the book made him react and become more clingy and afraid. Would need to sleep with her to be safe which kept her from sleeping well.

People with these issues are unable to see that it is something they are doing. They have clever ways of disguising it and interpreting it as others being awful to them when it is actually the other way around. All mental illnesses, when untreated, go nowhere.

“Tangled” is a Disney animation of a classic tale. Beautiful princess Rapunzel was kidnapped as a baby and trapped in a tower by Gothel. Her magical long blonde hair has the power to provide eternal youth, and the evil Gothel uses this power to keep her young. At the age of 18, Rapunzel becomes curious about the outside world, and when a prince uses her tower as a refuge, she asks him to help her escape.

Julia found that the manipulation techniques used by Gothel were similar to her mom’s. Such as, “Oh you mustn’t love me then” and similar, constant guilt trips. Like Julia’s mom, Gothel made the things that Rapunzel wanted to do come across as a personal attack. She would use Gas lighting: A form of psychological manipulation in which a person or a group covertly sows seeds of doubt in a targeted individual, making them question their own memory, perception, or judgment, often evoking in them cognitive dissonance and other changes including low self-esteem.

As with Rapunzel, Julia found herself constantly overcompensating to try and prove her love and obedience to her mom. Nothing would ever be good enough. When asked what was expected or needed to prove her love, her mom would say, “If you really love me and want to prove it to me, then God will tell you how.”

Rapunzel was isolated from the outside world until she turned 18 years old and it took running away from Gothel to experience it. While the controlling aspect of Gothel was similar to that of Julia’s mom, Julia was at least able to leave and have experiences outside the home.

The film “Carrie” is about a quiet and sensitive teen who experiences bullying at school and abuse from her mother at home. She discovers that she has supernatural powers and gets invited to go to the prom, where things end up taking a dark turn.

After watching this movie, Julia was terrified by how closely her mom and Carrie’s mom resembled each other. Carrie’s mom was extremely controlling and interpreted religion as if all was doom, gloom and sins rather than having a loving relationship with God.

Sex and body image was another striking similarity. Like Carrie’s mom, Julia’s mom considered boobs and curves to be dirty and shameful. Julia got her boobs early which terrified her mother; resulting in endless lectures on how clothing fit and her body was accentuated.

Despite the fact that Carrie did not go out of her way to be rebellious, she was still abused and held to unreasonable expectations. She feared constant abuse and was never able to prove to her mom that she loved her and God. Julia shared strikingly similar experiences. Such experiences included spankings from 7+ years old for wet spots found on dirty underwear in the laundry. At the time, Julia was not told why this was sinful and had no idea what it meant. These spanking sessions would last for more than an hour each in a closet with prayers in between spanks and lectures on past sins.

The opening period scene was relatable due to the insensitivity of the situation. Julia shared the same despair as Carrie and had no idea what was happening. Her mom just shoved a box of tampons into her arms and that was it.

While there are some notable differences between Julia and Carrie’s childhood experiences –  going to public school, experiencing prom and having supernatural powers – the similarities are terrifying.

Parallels Between These Films and Mental Health

Kelley and Julia’s mom, Susie’s, progression into mental illness was a gradual progression. The crazy Susie started to morph and worsen after Julia was born. The Avery kids were captives of her moods and anger. Some days were more physically abusive and others were more psychologically focused. She would threaten suicide often and leave them at home thinking she would run her car into a building or tree and then she would come back up, make a scene and then leave and do the whole thing all over again. She would take Julia and Schuyler and threaten the other kids that she would kill them with her.

While she said and did terrible things, Susie should be given credit for being human. There is no need to vilify her. It is important to sympathize. She herself felt trapped like an animal. She was independent and loved her work. Susie and her husband, Paul, were forced to make an ultimatum since they were colleagues dating at work. Since one of them had to leave, Paul ended up staying to support the family, causing Susie to leave the thing she loved. After having 6 children and 5 miscarriages, she probably also underwent postpartum depression. Physical and mental abuse formed out of her despair.

Because of religion, Susie did not approach her mental issues medically. Mental issues were considered a phase that one could change their minds and overcome. That it was a test from God and not a real medical issue to be treated. Lord vs. science.

It is important to note that Julia and Kelley are not attacking the Christian faith. Based upon personal experiences, they are discussing the dangers of extremism and defying practical and medical practices.

The Avery kids want to know how their parents were in the world before having them. What were the catalysts that made them turn into conservatives and occultish homeschooling? Neither Susie’s nor Paul’s parents were extremely religious, so what influenced their extremism and almost occultish participation?

Some of the stories sound upsetting but they are true. Neither Kelley nor Julia are searching for sympathy. Instead, they want to talk about it, own it, and learn from it. They are aware their stories are not the worst and that everyone has traumas. Julia and Kelley want to hear other peoples stories. YOUR stories. Let us no longer kick them under the bed or put them in the basement like in the Babadook… let us deal with it!

In addition to sharing and being honest about traumatic experiences, there are many other forms of practice for self-help. One of those practices is Meditation. It is a practical way to evaluate and take ownership of your actions and problems. Meditation helps you see what thoughts or patterns consume you. Try practicing meditation by using the app “Headspace” to learn more about yourself so you can take charge and make healthier changes. Meditation is not about deleting your thoughts. It is more like distancing your thoughts to quiet your mind. Use the free trial, people!

In addition to meditations on the Headspace app, there are affirmations on a variety of topics on youtube. Here is a link to a video you can play while you sleep to feed your subconscious.

Keep an eye out for the next blog post to see where the Angulo family is now from the movie/documentary, “The Wolfpack!” 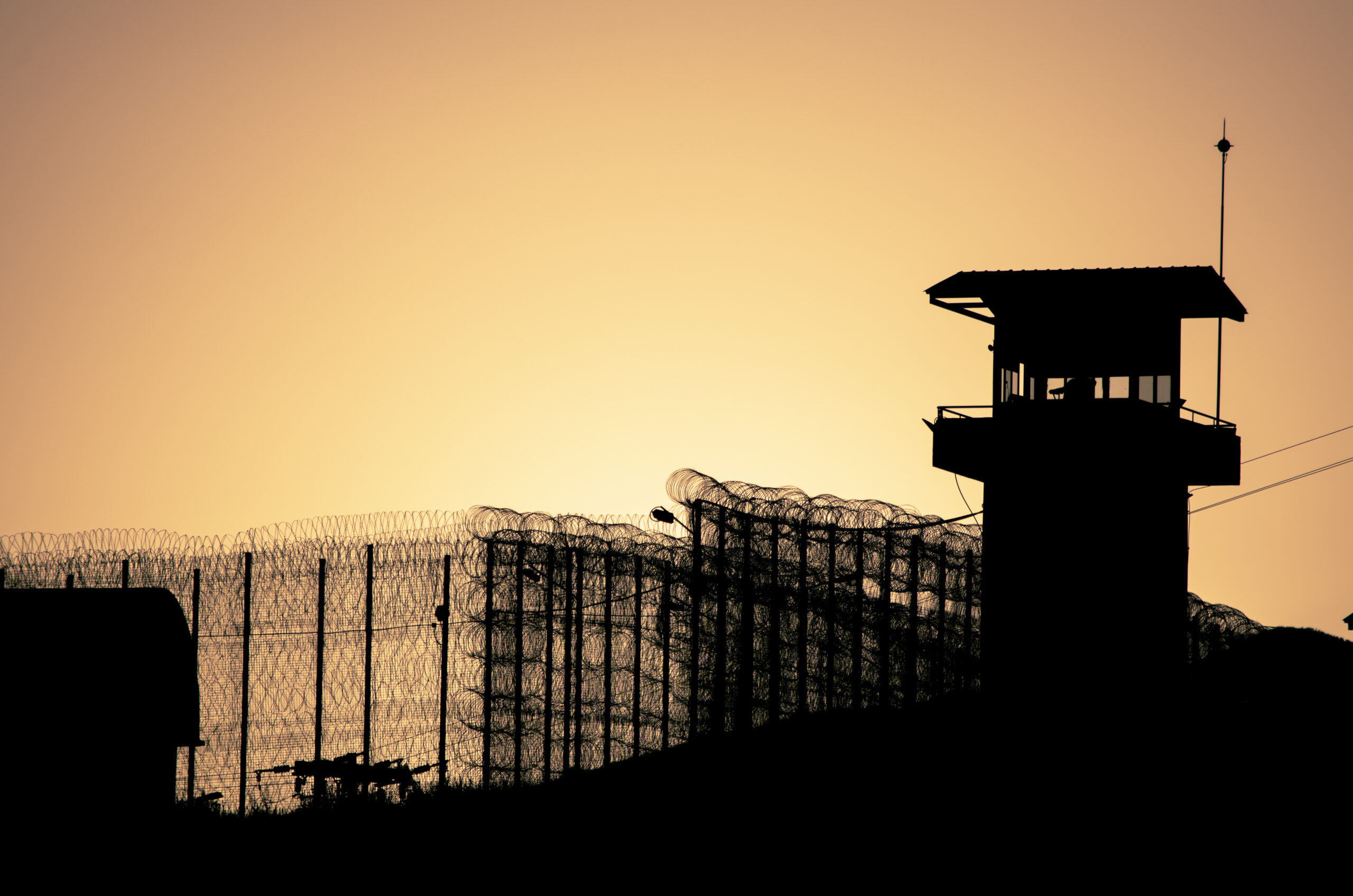 Episodes 12 & 13: Mass Incarceration and the US Criminal Justice System 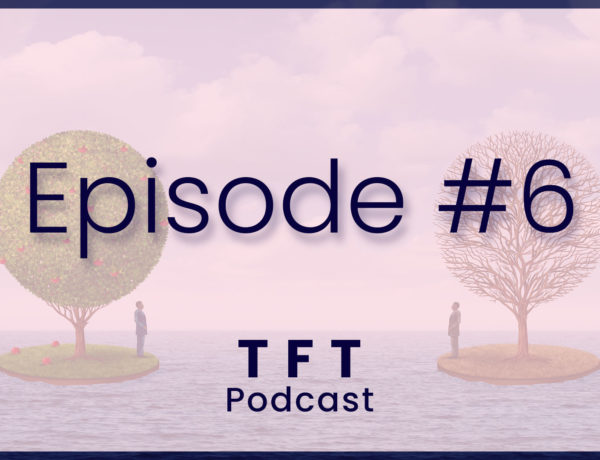 Who Is Going to Save the Children? The Risks and Consequences of Homeschooling