This week, Kelley Richey and Julia Avery discuss the elements and horrifyingly significant impact of Systemic Racism. This is part 2 of ongoing episodes in support of the Black Lives Matter movement.

What Is Systemic Racism?

Systemic racism (also known as institutional racism) is a form of racism that is embedded as normal practice within society or an organization.

As defined by NAACP President Derrick Johnson, “This is not about one incident. This is about the systemic and pervasive nature of racism in this nation that must be addressed.” He defines systemic racism as “systems and structures that have procedures or processes that disadvantages African Americans.”

Glenn Harris, president of Race Forward and publisher of Colorlines, also defines systemic racism as “the complex interaction of culture, policy, and institutions that holds in place the outcomes we see in our lives. Systemic racism is naming the process of white supremacy.”

Systemic racism is the result of white privilege actively seeking to hinder the development and advancement of African Americans. It is found both in significant as well as subtle instances that have been built up over the last century. It leads to issues such as “discrimination in criminal justice, employment, housing, health care, political power, and education, among other issues.”

Partly due to “Redlining,” a “disproportionate number of people of color are homeless or lack housing security.

Black people make up nearly half of the homeless population, despite making up only 13% of the population.

Redlining refers to the system used by banks and the real estate industry in the 20th century to determine which neighborhoods would get loans to buy homes, and neighborhoods where people of color lived — outlined in red ink — were deemed the riskiest to invest in.

“Redlining basically meant it was fundamentally impossible for Black and brown people to get loans,” Harris said. “It was an active way of enforcing segregation.”

This practice prevented Black families from amassing and maintaining wealth in the same way that white families could, resulting in the growth of the racial wealth gap and housing insecurity which persists today, Harris said. The net worth of a typical white family ($171,000) is nearly 10 times greater than that of a Black family ($17,150), according to the Federal Reserve’s 2016 Survey of Consumer Finances.

After the “Reconstruction Era” ended in the late 1800’s, Southern states began amending their “constitutions to disenfranchise previously registered Black voters.” Since then, the law continues to adopt similar tactics. For example, today, “states eliminate the number of Black registered voters through voter purges.” Further valuable information on this topic can be found here.

Since the 1800’s to Today, the system continues to disenfranchise voters, gerrymanders, and instills new and additional hurdles for people to overcome. The government continues to ensure that African Americans are thoroughly discouraged from making their voices heard to make essential changes across the nation. Any by the looks of it, have no intention of changing that.

Even though the countless and significant issues within housing and voter suppression is a lot to handle….there is always more! The following data from the American Bar Association presents haunting data in support of systemic racism’s impact on employment and wages. The entire article is definitely worth your time.

The difference in poverty rates is in part due to structural racism that prevents minority women from obtaining the same employment opportunities as Caucasians, limiting their ability to earn living wages. Wage disparities are also an example of structural racism because the standard used for current pay advantages Caucasian men (the dominant group), while disadvantaging minority women (the non-dominant group).

There is a great deal of research into inequalities in health care. In 2003, the Institute of Medicine released a report showing that race and ethnicity were significantly associated with the quality of healthcare received, even after controlling for socioeconomic factors such as access to care. In some cases these inequalities are a result of income and a lack of health insurance, a barrier to receiving services.

Institutional racism can affect minority health directly through health-related policies, as well as through other factors indirectly. Racial minority groups who have a disadvantaged status in education and employment are more likely to be uninsured, which significantly impedes them from accessing preventive, diagnostic, or therapeutic health services. Racial minorities in the U.S are exposed to greater health and environmental risks than the general population.

The effects of systemic racism impacts literally every aspect of people’s lives. Housing, Voting, Employment, Wages, and Healthcare are just the tip of the iceberg. Systemic racism goes on to negatively control some of these other issues. By clicking each bullet point, you will be directed to articles that further explain these issues.

Affirmative Action is the practice or policy of favoring individuals belonging to groups known to have been discriminated against previously. It means positive steps taken to increase the representation of women and minorities in areas of employment, education, and culture.

Examples of affirmative action include:

While affirmative action remains a controversial subject, it is an essential step in ensuring the playing field gets leveled out. A step in the direction toward instilling and upholding standards of equality.

How Do We Fix This?

Not enough progress has been made in the fight against systemic racism. NAACP President Derrick Johnson, outlined three steps people can take to address systemic racism.

How you can help: 100 ways you can take action against racism right now

Do Yourself A Favor

Donald Glover is an American actor, singer, comedian, writer, producer, director. He performs music under the stage name Childish Gambino and occasionally as a DJ under the name mcDJ.

Tatiana Gabrielle Hobson, known professionally as Tati Gabrielle, is an American actress. She is known for her roles as Gaia on The CW science fiction television series The 100 and as Prudence Blackwood on the Netflix original series Chilling Adventures of Sabrina.

Adina Elizabeth Porter is an American actress. She is best known for her roles as Lettie Mae Thornton on the HBO fantasy horror series True Blood, Kendra James on the HBO drama series The Newsroom, and Indra on the CW science fiction drama series The 100.

Random acts of flyness is not the revolution. A new late-night series from artist Terence Nance, the show is a fluid, stream-of-consciousness examination of contemporary American life. Nance and his collaborators weave together a mix of topics— snowflakes, finger waves, Bunyans — creating a television show like nothing seen before.

In this funny and provocative series, rapper and activist Killer Mike puts his revolutionary ideas about achieving social change into action.

Students of color navigate the daily slights and slippery politics of life at an Ivy League college that’s not nearly as “post-racial” as it thinks. 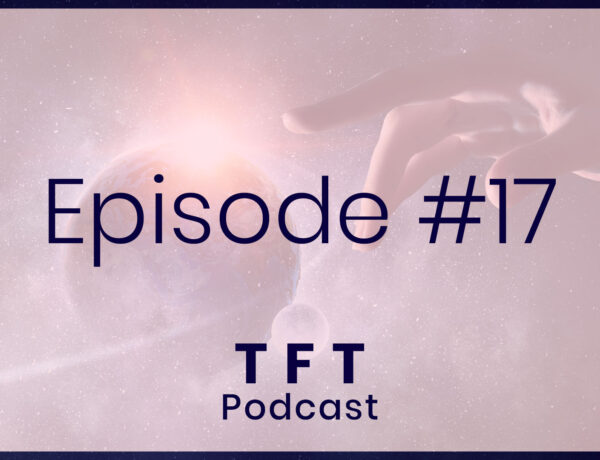 How One Documentary Will Inspire You to Become a Child Advocate