How One Documentary Will Inspire You to Become a Child Advocate

The Power of Filmmaking

Recently, as I was sifting through the newly added movies and programs on Amazon Prime Video, I watched some previews and added a few new things to my watchlist. One movie I had added was of particular interest to me and although I knew that I would fall in love with it, I had to emotionally prepare myself for the viewing process before diving right in.

The documentary, Rewind, by Sasha Joseph Neulinger is a documentary that follows Sasha as he delves into the past sexual abuse he experienced as a child by revisiting the endless hours of home videos made by his father throughout his childhood and life. This story is heart-wrenching, but incredibly important for people to watch. With unflinching bravery, Sasha interviews his parents, sister, therapist, and law enforcement about the events that lead up to the trial of three family members in regards to sexual abuse charges.

I knew the subject material would hit close to home and be downright upsetting, but I was not prepared for the sleepless night I spent after watching this raw and powerful documentary. Filled with emotions that I had long suppressed, and memories that I had buried so deeply that I had selectively “forgotten” some of them until now, I remained awake with racing thoughts. My mind flooded with images and memories that had long ago filled me with fear, anger, shame, self-loathing, and doubt.

A Personal Call to Action

Since starting The Family Ties Podcast and blog I have been trying to bring the dark side of homeschooling, abuse, and neglect to the attention of the public. I have voiced my passion for child advocacy and the urgency for major law reform regarding social services, child protection, and child rights. Especially during the unprecedented situations that COVID19 has brought about, not least of which involves more families stuck at home together in more social isolation than ever before. Child abuse and domestic violence cases are at an all-time high, but the likelihood of social services and law enforcement to know of many of these new cases is low. This lack of accountability is due in part to the nature of these cases having the ability to occur under the radar and away from the view or scrutiny of the public, friends, or family.

I found so much encouragement and inspiration in the actions of Sasha Joseph Neulinger who has grown into a powerful child advocate. An advocate who conscientiously took a tragedy and turned it into a positive vehicle for change through the founding of the organization Voice For The Kids. He has appeared on Ted Talks, and currently travels and provides presentations on the subject of child advocacy across the nation. All while his documentary has received outstanding awards such as the Special Jury Mention at the Tribeca Film Festival, and the Documentary Jury Prize at the Atlanta Jewish Film Festival.

I was floored by Sasha’s ability to effectively and powerfully put his quote “Trauma is irreversible. How it shapes us is our choice”, into practice in his own life. Being a force for change is what every victim of abuse or neglect can and should strive to do in order to change the course of history for the children that come after. I realize that the broken system(s) that failed me as a child are fixable. My experience will remain useless and unredeemable unless I take some sort of action to protect the vulnerable and at risk. Coming to that realization has helped me emotionally and mentally work through the trauma. Realizing my own power and duty to be a catalyst for real reform and change has turned my rage and self-loathing into hope and an urgency to act on the behalf of those who have no voice.

I have become an advocate with The Coalition for Responsible Homeschooling, have looked into volunteering for the Denver Children’s Advocacy Center and once the COVID crisis is under better control, will actively get out and volunteer with and for these important organizations.

Effectively and carefully sharing my personal story is one I still struggle with. I remain private on the details of my abuse in efforts to not bring strife to my family, whose relationships with one another are already strained. Due to this complicated family dynamic, it is best described as a field filled with emotional landmines that I have become loath to detonate.  I continue to feel timid to release the incidents that to this day, remain private and locked away in my head. But, I am determined to stop feeling as if I must keep it to myself in order to not bring discomfort to others. I have carried this burden my entire adult life and realize that if I do not find a positive way to push for change, I will have wasted the only positive opportunity my physical and sexual abuse could afford me. As Sasha puts so well: “I can’t change the past and I can’t control what happens around me, I can only choose how I show up in the present moment of my life”.

We Must Speak Up on Behalf of Those With No Voice

For the time being, I will continue to call for action, reform, and advocacy that is so needed. I promise to not lose sight of the big picture and the stakes that are so very high for those with no power or say. And I will be a voice that champions common-sense laws, better response time, and more attention to the cases that are reported. My goal is to actively and tirelessly be someone who demands that we have accountability and oversight. We, the people, have voices and we should not be afraid to use them.

The national statistics found on the National Children’s Alliance website shows the staggering numbers in relation to child abuse by the numbers. They report that “Nearly 700,000 children are abused in the U.S each year. An estimated 678,000 children (unique incidents) were victims of abuse and neglect in 2018, the most recent year for which there is national data. That’s about 1% of kids in a given year. However, this data may be incomplete, and the actual number of children abused is likely underreported”. The fact that cases are under-reported is not surprising to me, and I strongly believe due to the pandemic, these numbers have gone up exponentially.

NCA goes on to tell us that “Most child victims are abused by a parent. In substantiated child abuse cases, 78% of children were victimized by a parent”. This is also not surprising, but something that everyone needs to be reminded of. The people that are most responsible for the care, love, and education of a child are the ones most often at the root of the abuse. We have got to get on the same page and start demanding better protections, rights, and follow-up with families. Especially the families that are reported to child protective services.

Even more appalling is the fact that according to Child Abuse Statistics (childhelp.org) “The United States has one of the worst records among industrialized nations – losing on average between four and seven children every day to child abuse and neglect”. This is truly inexcusable. And as I have said in previous posts, social services, their response time to looking into reports made, actions not taken, and the priority of keeping the family intact as a unit regardless of the health or well-being of the children involved is a great place to begin the reformation of a truly broken system.

Resources for Facts, Statistics, and Organizations

Please go and read The Family Ties Podcast episode 7 summary for the Christiana Glenn case for more numbers, stats, and facts relating to child rights. In addition, the blog post Why the System is Failing Homeschool Children offers a more in-depth discussion on social services and the judicial system’s mishandling of child abuse cases.

As you can tell, I am mad as hell about the state of child welfare, protection, and rights within a country as industrialized and modern as the one we supposedly live in. Let’s act like it and make life more liveable for the children who are the ultimate future and hope for our world.

If you are interested in what organizations you can donate to, report possible abuse cases, or find volunteer and activism opportunities, please visit the following pages for up to date news, resources, stats:

Visit https://study.com/academy/popular/child-advocacy-groups.html for resources on the best child advocacy groups out there.

And a final recommendation, for now, go visit Homeschooling’s Invisible Children to find out more about a topic not many people are familiar with.

Now go out there and do your part for the kids in your communities! Please share any resources, groups, and stories you find helpful in relation to this topic in the comments below.

Why the System is Failing Homeschool Children 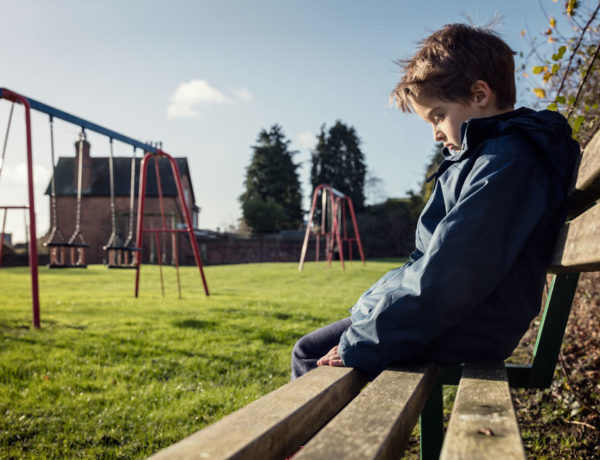 Who Is Going to Save the Children? The Risks and Consequences of Homeschooling

Episodes 12 & 13: Mass Incarceration and the US Criminal Justice System